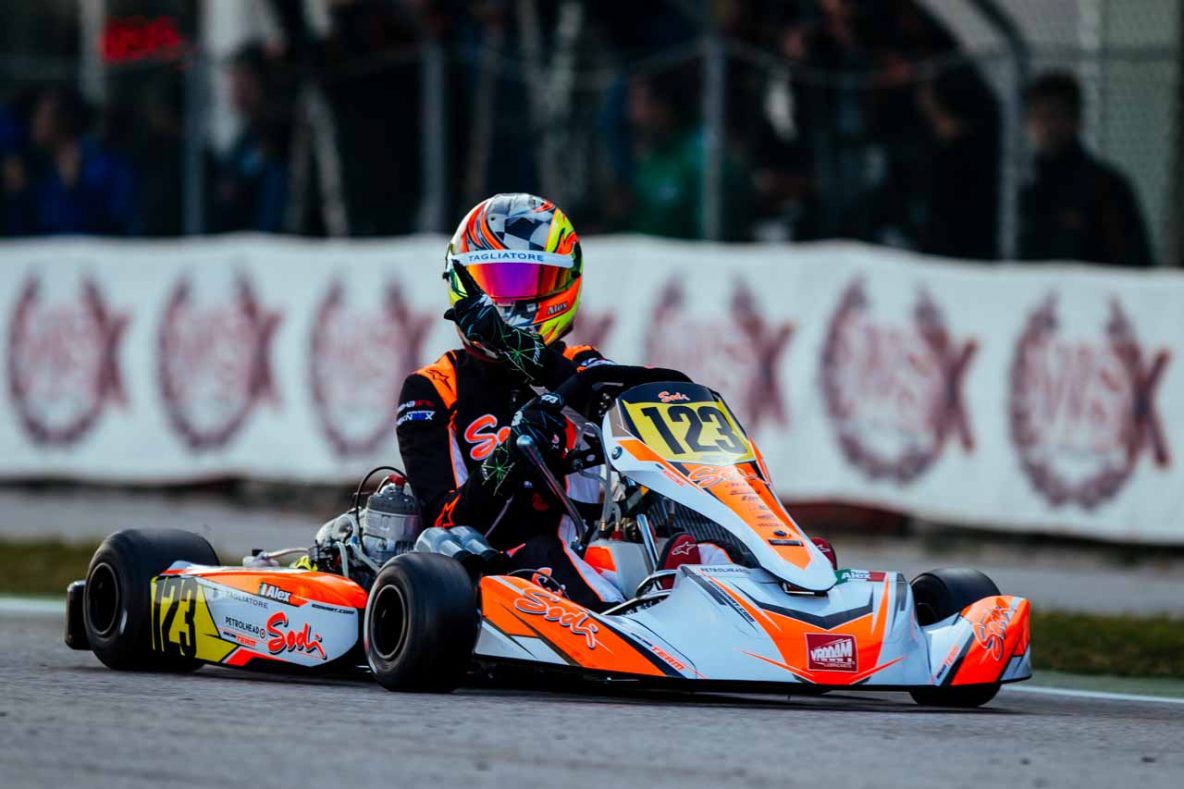 The driver from Locorotondo was protagonist of an amazing comeback from 18th in qualifying to an overwhelming victory.

2018 season started as 2017 finished: on the highest step of the podium. In the first round of the WSK Super Master Series held in Adria, Alex took his first success on the Venetian track.

Sodikart champion started the weekend on the wrong foot, he couldn’t do better than 18th in qualifying, slowed down by other drivers. The Apulian driver recovered during manches finishing in 8th, 3rd and 4th position. In the prefinal, while he was third, his teammate Anthony Abbasse had a technical issue to his engine and Alex took the second position behind Adrien Renaudin, who was on a TM powered Sodikart too.

In final when lights turned off, Alex took the head of the race showing the way from the top from flag to flag. A never called in question win.

“I knew that Anthony would come back quickly, so opening a good gap in the first laps to leave them fighting was crucial – commented Alex – This strategy paid off and I only had to manage the gap opened in the first laps. I’d like to thank all the Sodikart team and TM factory for the technical support and my family for the moral support.”