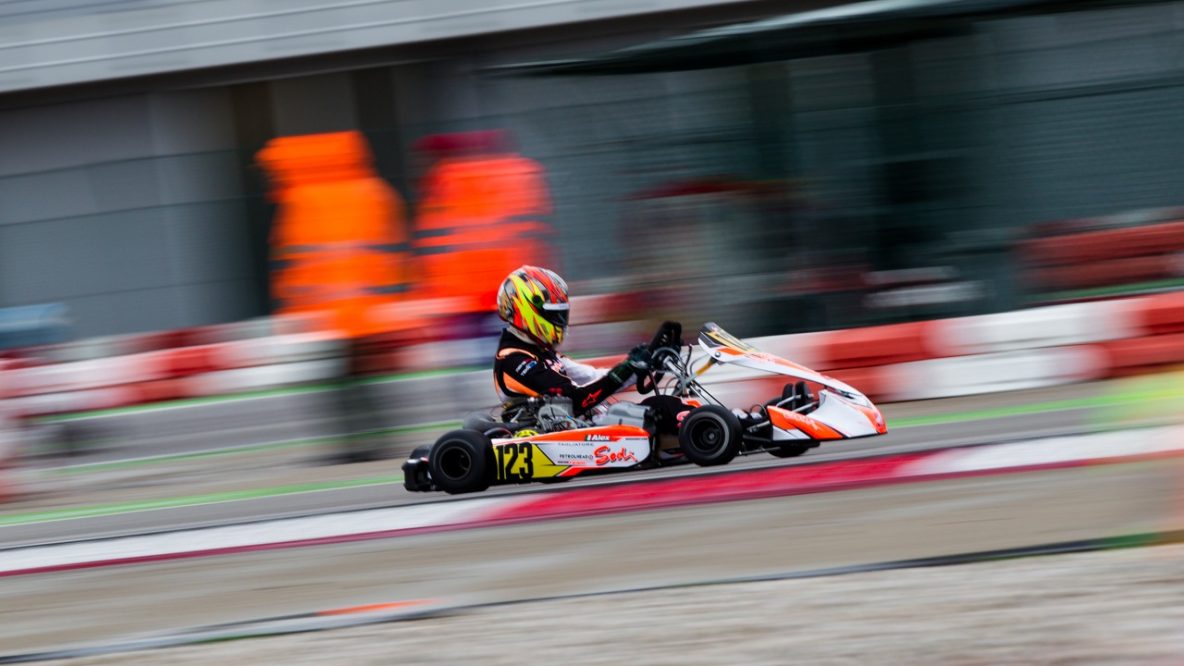 Locorotondo’s Alex Irlando concluded a positive weekend in Sarno at his seasonal debut with direct drive karts. In the first round of the CIK-FIA European Championship, the Sodikart driver had some technical problems to his engine on both Thursday and Friday morning. The weekend didn’t look like a good one, but during the last session of free practice, he changed his engine once again and finally it worked properly.

Without a developed chassis, Alex took 40th in qualifying out of 79 drivers. On Saturday he poured his heart into heats finishing three times 9th, 4th and 7th. After qualification races, he was 15th overall for the final race.

In the afternoon, he hadn’t the pace to keep up with fastest drivers. He pushed as hard as he could, but in the end he settled for 12th overall.

“We had too many problems during the weekend so we were not perfectly ready for the final. I recovered lot of positions, during heats my kart was pretty good, but in the final I hadn’t the possibility to do something more. I’d like to thank Sodikart and TM Racing for the amazing effort, my sponsors and family for the support. Looking forward to back in KZ in Salbris!”

The next race is the CIK-FIA KZ European Championship in Salbris, France, from May 4th to 6th.