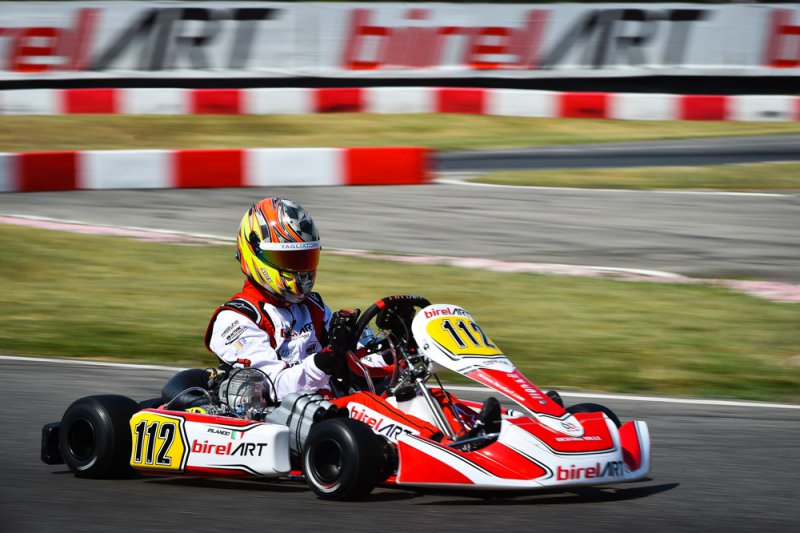 Alex Irlando fights for podium positions and posts the fastest laptime, but in the second part of the race he is forced to slow down and finishes in P4.

The 25th Winter Cup for Alex Irlando finishes with a P4 after a fierce battle in the top three with his teammates Riccardo Longhi and Giuseppe Palomba.

Alex starts the weekend with a P11 in Qualifying that forced him to recover during the Heats. After the qualifying races Alex is in P7, but loses a position during the SuperHeats and starts the Final on grid 8th.

At the start, Alex is a rocket and grabs the fourth position. Tha BirelART driver recovers another position and starts closing the gap with his teammates that pulled away from row first. After the first 10 laps, it seemed like Alex was charging back on Longhi and Palomba, but in the second part of the race he slowed down the pace, struggling a lot to drive smoothly.

Alex ends up crossing the line in 5th, but the Frenchman Adrien Renaudin had the front bumper dislodged and takes a 5-second penalty.

“I’m a little bit disappointed because I was really fast, and my laptime confirms that. I chose a rear axle that didn’t pay in the second part of the race and I had to fight against my own kart. Despite that, we proved once again that the BirelART-TM duo is the one to beat also in 2020. It’s a shame, it could have been a full BirelART podium. Next week we return in Lonato for the first round of the WSK Euro Series, looking forward a better end.”