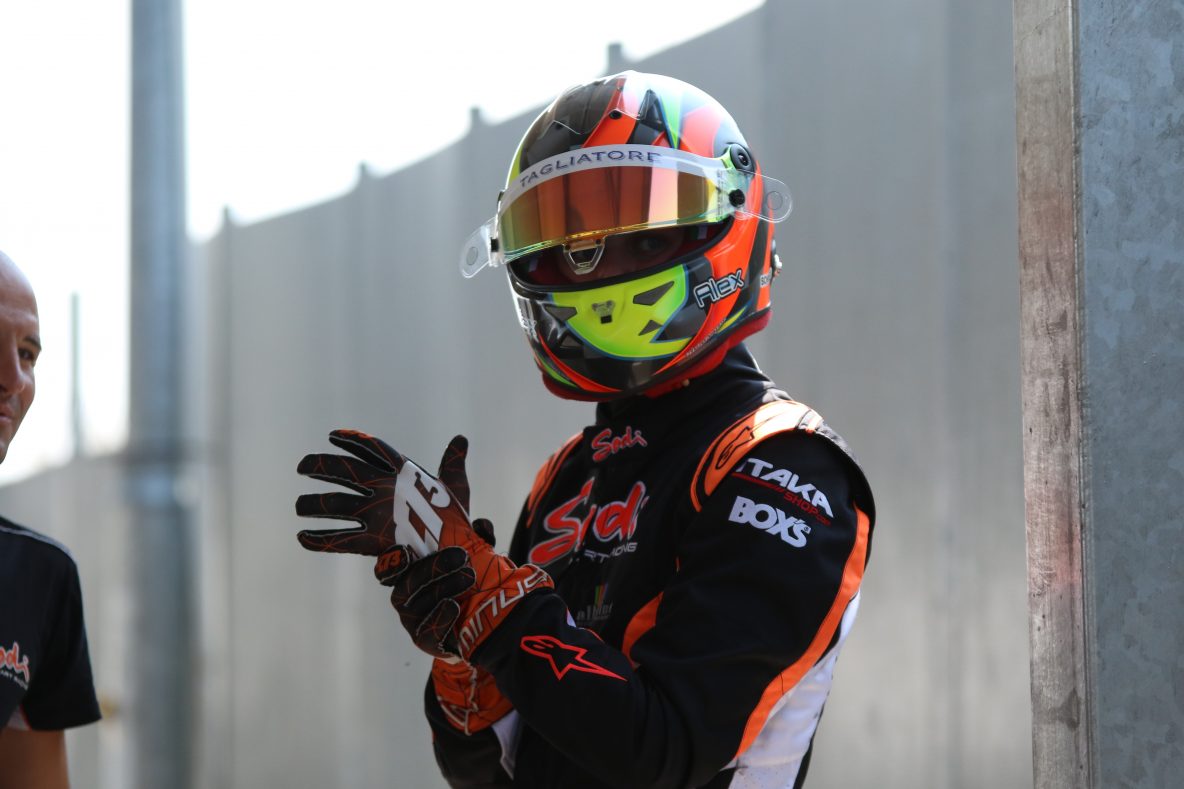 During the last round of the CIK-FIA KZ European Championship, Sodikart factory driver Alex Irlando struggles to find a good set-up in an incredibly hot weekend in Lonato.

The CIK-FIA KZ European Championship ends without satisfaction for the Apulian driver. Alex Irlando and his TM-powered Sodikart chassis suffered the hot temperature in Lonato and they’ve never been able to be on top.

Qualifying were incredibly tight: Alex finished 17th only 252 thousandths of second slower than the poleman! Throughout the heats, the Italian driver recovered two positions gaining the 15th spot on the grid for the final race.

During the early phases of the final, Alex had a contact with Stan Pex and he got his front bumper dislodged. His final race was already compromised. The Sodikart #4 finished his race in P15, but he was pushed back to 21st because of the 10-second penalty.

“A disappointing conclusion for my first European Championship in KZ. We’ve never been on top this weekend, our material didn’t fit weather conditions and hot temperatures. It’s a shame, both me and Anthony deserved something more. Anyway the team did its best and I’ld like to thank them and I also thank all the people working at TM Racing Engines. Hope to have a better weekend in Genk for the World Championship!”

The next race is the CIK-FIA OK European Championship in Essay, France, from August 3rd to 5th.