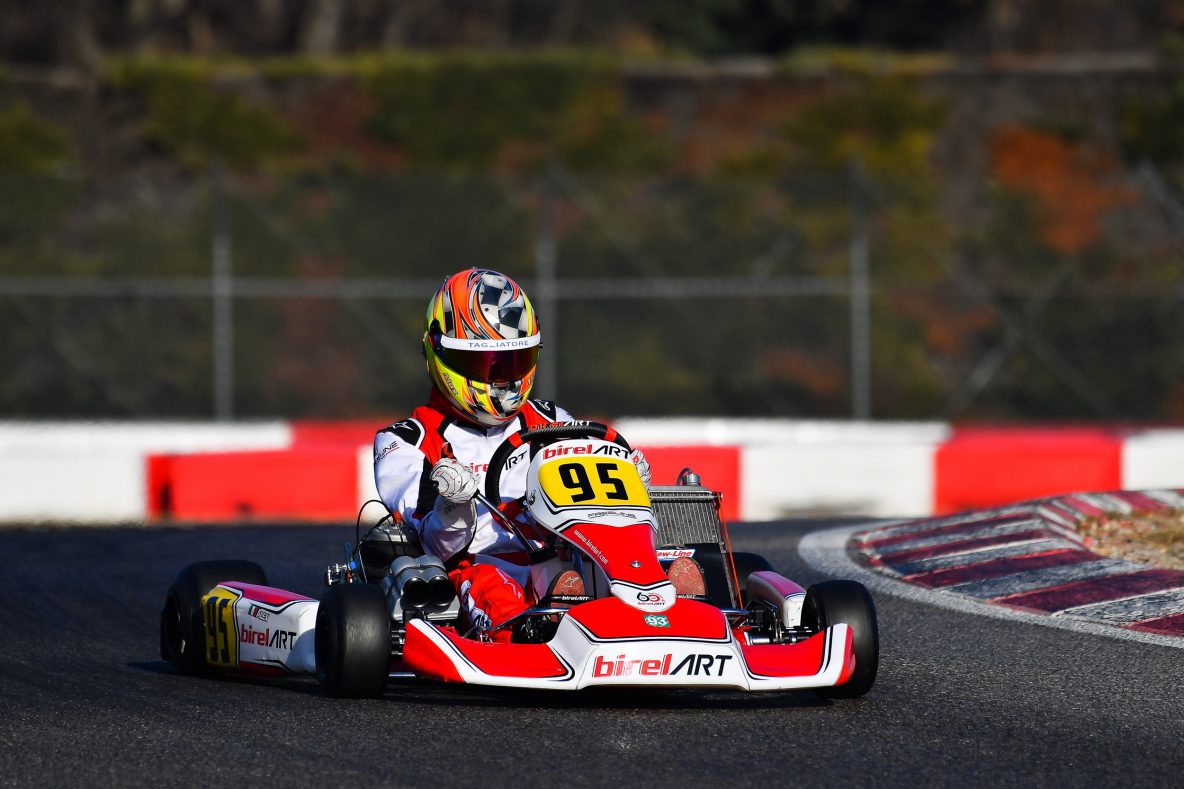 Alex Irlando closes in P8 the opening round of the CIK-FIA OK European Championship held in Angerville, France.

KZ or OK doesn’t matter for the Apulian ace Alex Irlando: at his third race of this season with direct drive karts, the 2018 CIK-FIA Endurance Champion takes home a consistent P8, recovering five positions in the final.

On Friday Alex stops the chrono on the 16th laptime, but throughout heats he starts building his comeback: two 9th, one 2nd and one 5th place give him the 13th position overall at the end of the qualifying races.

The final race on Sunday afternoon is the icing on the cake of a consistent weekend. During the first 6 laps Alex fights against other drivers and recovers from 13th up to 9th. After overtaking slower drivers, the BirelART driver starts chasing the reigning World Champion Lorenzo Travisanutto, closing the gap lap after lap. During lap 18 Travisanutto makes his move on Kas Haverkort and Alex follows the Dutch driver. The set-up adopted by Alex doesn’t pay in the second part of the race and he loses some tenths of second before crossing the finishing line in 9th. After the race, Haverkort gets a 5-second penalty and Alex moves to 8th.

“A positive weekend has come to an end: we are improving a lot race after race! I’m finding my balance with the chassis and with the BirelART’s working method and I’m really happy about these results. Next race will be in Genk, Belgium, one of my favourite track and hope to get closer to the podium. Now it’s time to jump on my KZ once again for the first round of the CIK-FIA KZ European Championship in Wackersdorf, Germany in two-week time. I’d like to thank BirelART and TM Racing for the technical support, they did an amazing job!”