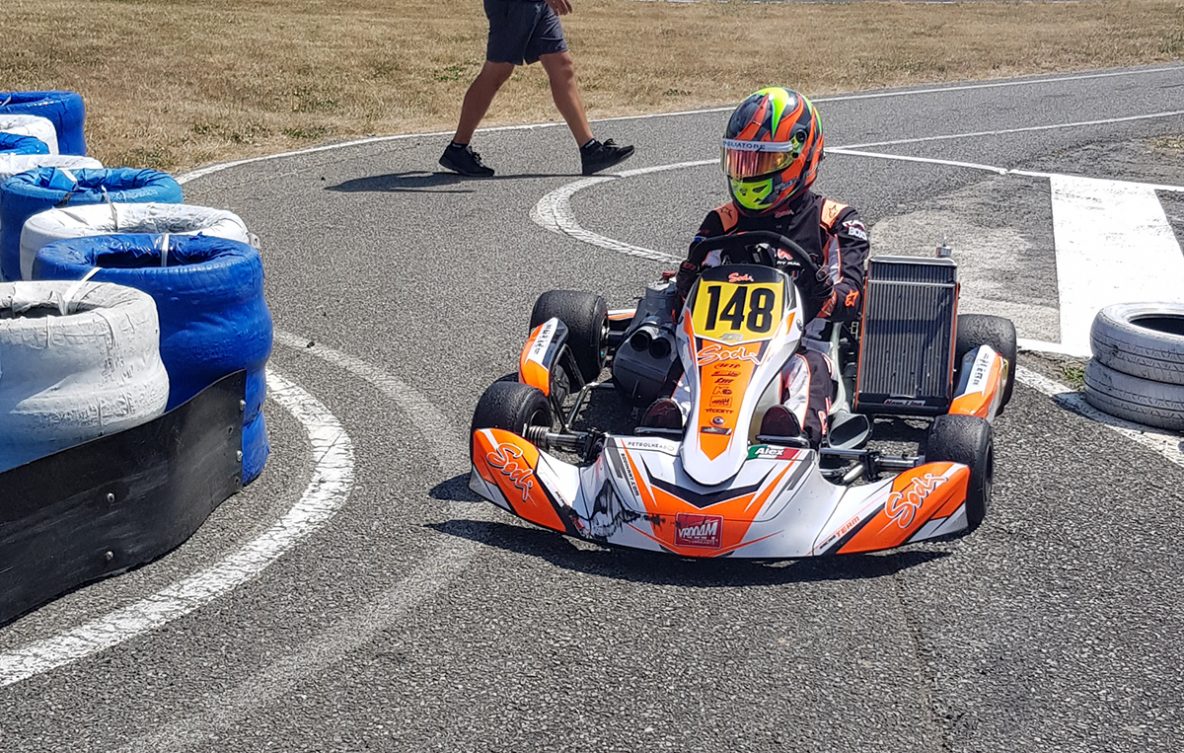 An injury occurred flying over a kerb during the first heat on Saturday forces Alex Irlando to throw the towel in.

The KZ2 World Champ Alex Irlando gave up the fight on Saturday afternoon after an injury occurred in the first heat. Alex hit a kerb too fast and it caused a heavy back pain that forced him to retire. The extent of his injury has yet to be revealed, but it seems to be similar to the injury occurred in La Conca last March.

The weekend didn’t start well: Alex made a mistake in qualifying and took 54th, then he tried to recover in the heats, but the injury occurred in the first one. He took part to the second heat, but the pain was too much.

“It happened again: I felt a lot of pain on my back after flying over a kerb… my weekend finished on Saturday afternoon here. I’m sorry for the team and my supporters…we were working hard to mind the gap over our rivals, but the pain was so much and I felt numb while driving. I couldn’t race in that condition. Hope to get back in perfect shape as soon as possible…”

According to his physical conditions, Alex should take part to the DKM round in Genk, Belgium, to prepare the CIK-FIA KZ World Championship that will be held there on September 9th.