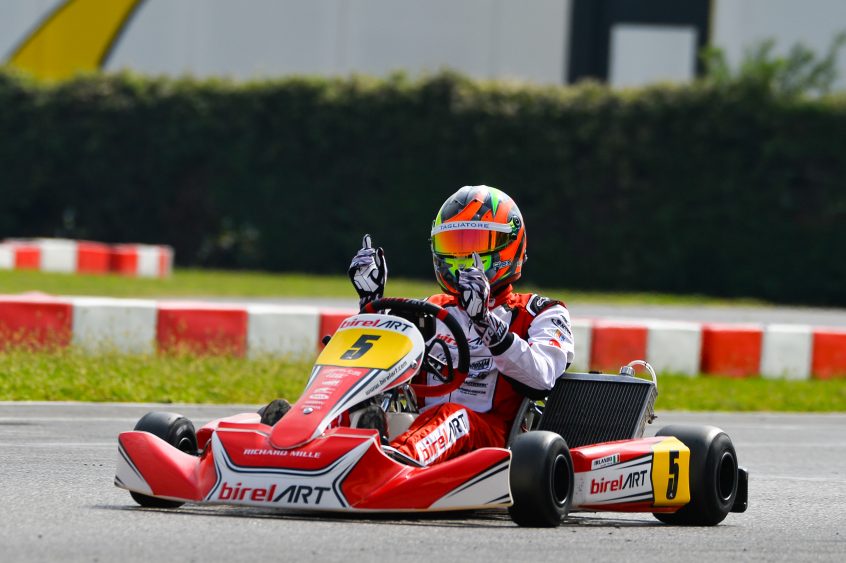 The double race on the Lonato circuit kept all the participants under pressure, especially those in the KZ2 class, now heading for next week’s World Championship. Alex Irlando was therefore well represented at Lonato, closing the long week on the top step of the podium.

After Adria’s success a few weeks ago, the Apulian still wins for the joy of Birel Art, launching the challenge to opponents and team mates for the fight that will be worth the title of World Champion.

The double final on Sunday, then ended the weekend with the “red-white” driver constantly engaged in the leading positions. In the first final, Irlando crossed the finish line in tenth position, then improving his score with the last race of the day. Starting from the front row, Irlando then immediately took the lead of the race without leaving any room for his adversary to respond. From that moment on, Alex led the race from the first position and finished victorious at the finish line. An important victory for Irlando, among the KZ contenders and third overall in the overall WSK Euro Series ranking, completing the great Birel Art hat-trick.

Next appointment in a week, still in Lonato with the FIA Karting KZ World Championship.