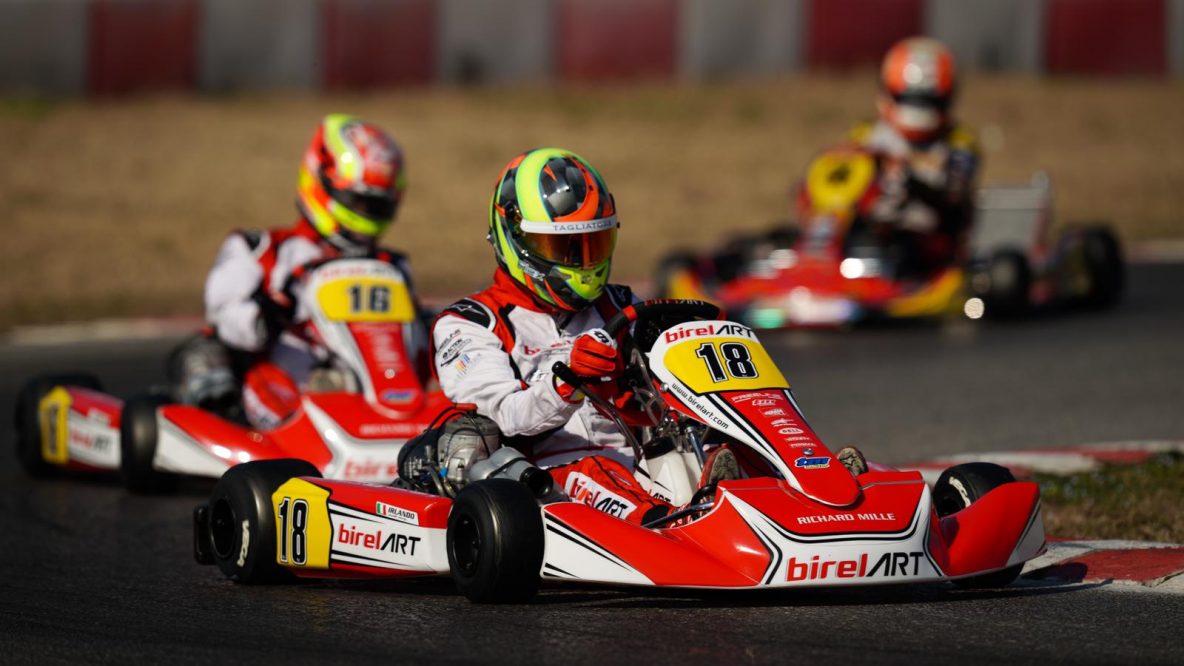 Podium was in the air since last week and Alex Irlando doesn’t miss it during the second round of the WSK Super Master Series held at South Garda Karting.

Alex Irlando takes home the first podium of 2020 season on occasion of the second round of the WSk Super Master Series. On the track near Brescia the Apulian ace takes home a third place overall in KZ2 category.

BirelART’s Alex starts with the fastest laptime during qualy and he remains on the podium throughout the heats with two wins and two second position. From grid second in Prefinal, Alex takes home the win and grabs the first row for the final.

The Final is a confused one: the race has been red-flagged because of an accident and after the second start Alex fights against his teammate Giuseppe Palomba who holds the head of the race. Throughout the race Irlando has to fight against Fabian Federer who returns from the back and gets the better of the Apulian driver taking the second spot under the chequered flag.

“I’m still not satisfied at the very best, but certainly is a better result compared to last week. We still have to work on the pace during the long races, but overall the team did a great job! Thanks to TM Racing for the engines and BirelART for the support and for the effort they’re doing to let us be on the front.”

Alex will return on track next month for the WSK Super Master Series in Sarno, Naples.