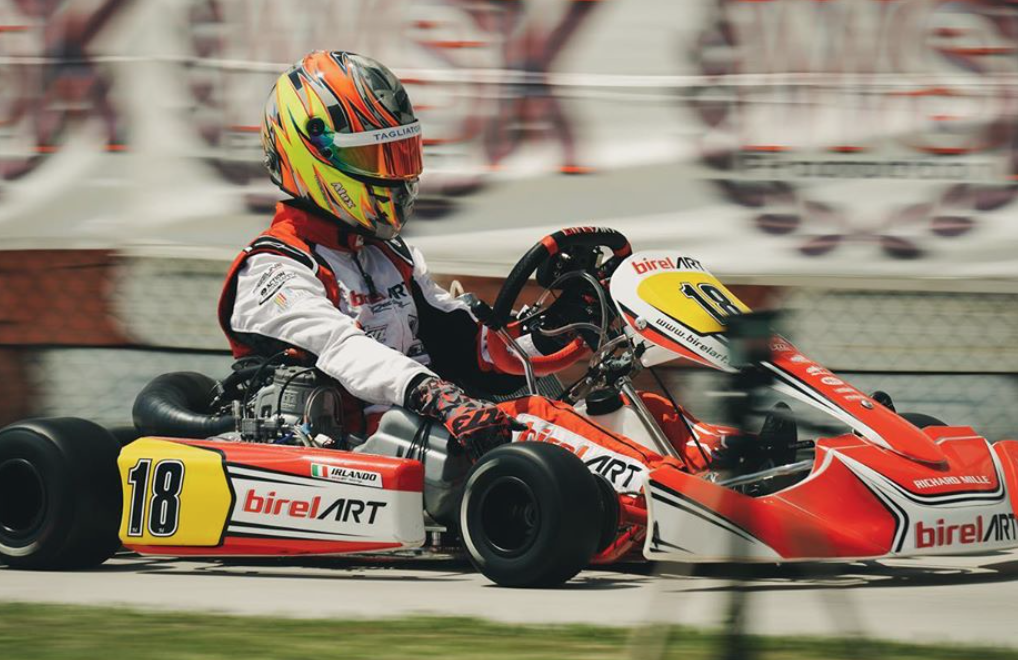 After racing the first two rounds in Adria, Alex Irlando returns to the Circuito Internazionale Napoli, managing to remain in the top 7 in the standings.

Alex Irlando ends the first round of the WSK Euro Series in Sarno, the first race here after the lockdown. Unlike the new format used last week, which included two rounds squeezed into one, this turn was less stressful.

This was a more positive weekend than the previous one: Alex grabs 7th position in qualifying, then he recovers up to 5th position in the heats. He maintains the 5th position also in the prefinal, before taking home a P6 overall in the final, because of a technical problem which made him lose two positions.

“Easier round in terms of time schedule compared to the last one in Adria, but not the easiest one in terms of performance. I managed to get away from Sarno with a P6 overall that, considered a little problem to my airbox, is not a bad one. My teammate Riccardo Longhi took the win and that demonstrates the good level of the technical package. Now head down for the FIA Karting European Championship in Adria in mid-August!”

Alex will return on track on August 13rd in Adria for the first round of the FIA Karting European KZ Championship.