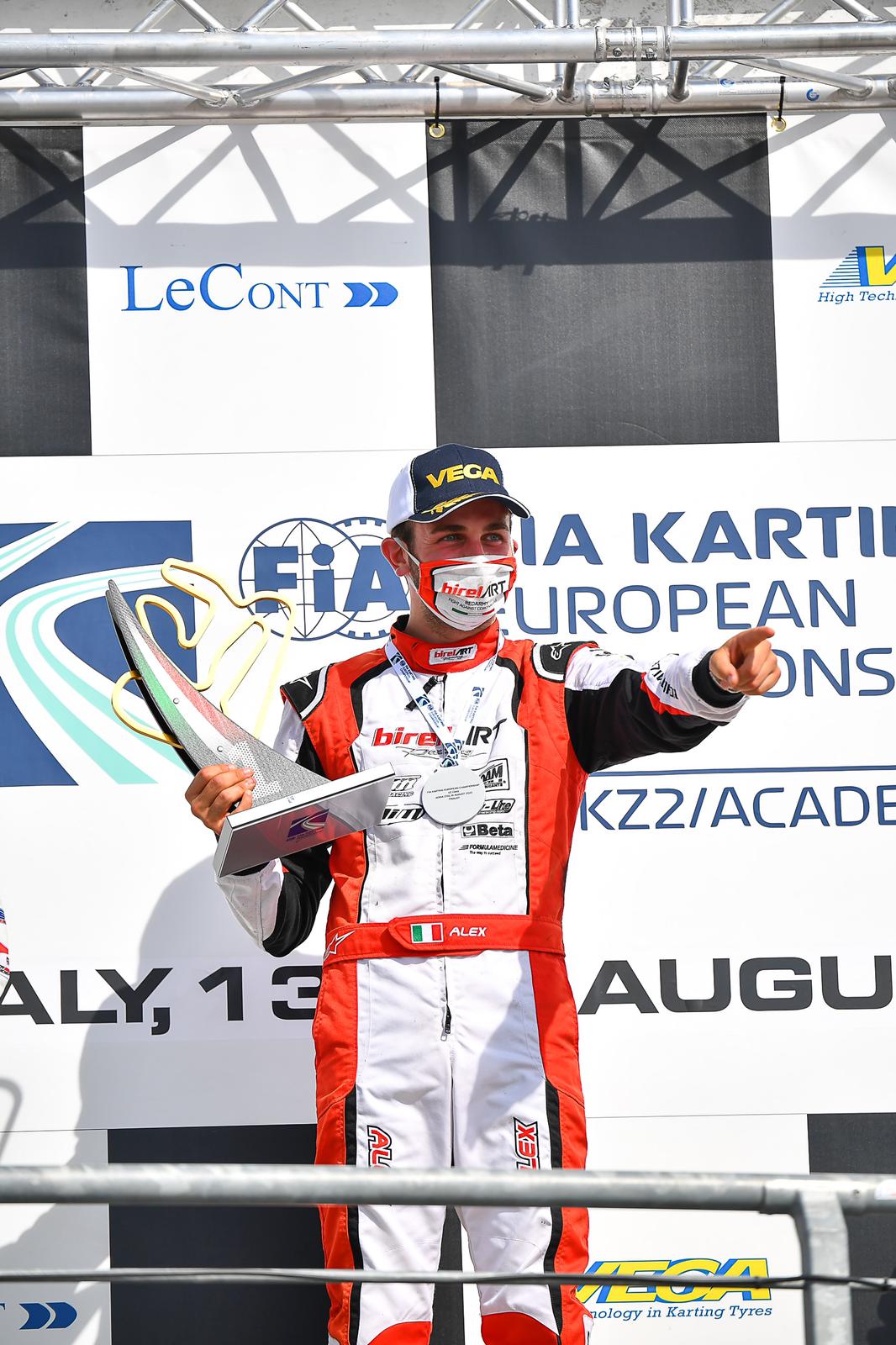 The “Ferragosto” turns gold for Alex Irlando: after the first two rounds of the WSK Super Master Series in a positive way, he finally manages to achieve his first victory of the season at the debut of the FIA ​​Karting European Championship, KZ class.

Alex begins by signing the pole position in qualifying with only a tenth of a margin from his first rival. In the second heat he loses two positions, finishing third. At the end of the heats Alex is second overall.

In the final on Sunday the driver from Locorotondo gives his best: he started from the second place, in a short time he manages to take the lead and tries to escape. The attempts of the other competitors were useless: Alex defends his position for all 24 laps and wins with a 0.185 advantage over Simo Puhakka:

“There is nothing better than celebrating “Ferragosto” with a victory! After a series of unfortunate events, I finally managed to get back on the top step of the podium: the emotion is always great! Thanks to Team BirelArt for technical support and my family for moral support! “

Here the timetable of the event.