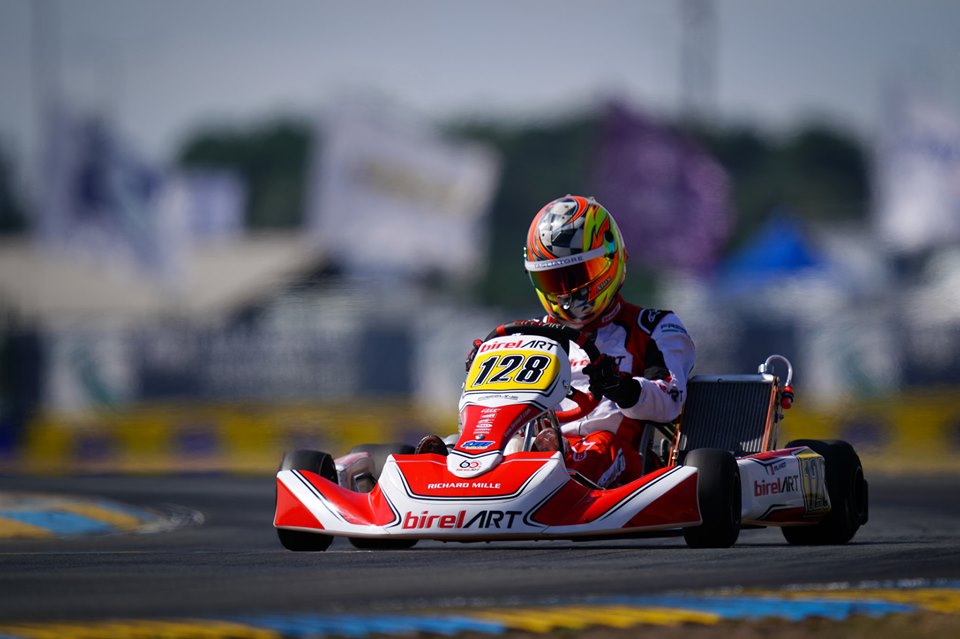 Alex Irlando concludes 19th a tough weekend in Le Mans that makes him slip to P16 in the general standing.

Not the weekend he was expecting for: the last time Alex Irlando raced on the French track he won the CIK-FIA Endurance Championship, whilst this time he had to settle for 19th after an impressive comeback in the final.

The Locorotondo’s driver sets the 37th chrono in qualy and it forces him to start the manches in the middle of the pack. Despite that, Alex takes home 12th, 11th, 6th, 16th and 13th. With these results he earns the 29th spot on the grid for the final race.

On Sunday afternoon Alex gives his best: careful in the early phases of the race to avoid stupid contacts, Alex then starts climbing the group recovering up to P20, that becomes P19 after the chequered flag due to a penalty.

“That was a complicated weekend, we missed a good performance in qualy and it complicated everything else. Especially in a levelled field like the OK, starting from the back makes the job really difficult. I really wanted to finish the championship in the top ten, but it didn’t happen… Hope to grab a better result in Alaharma on occasion of the World Championship. I’d like to thank the team, TM Racing and Machac Motors for the amazing support.”

Here are the results of the weekend.