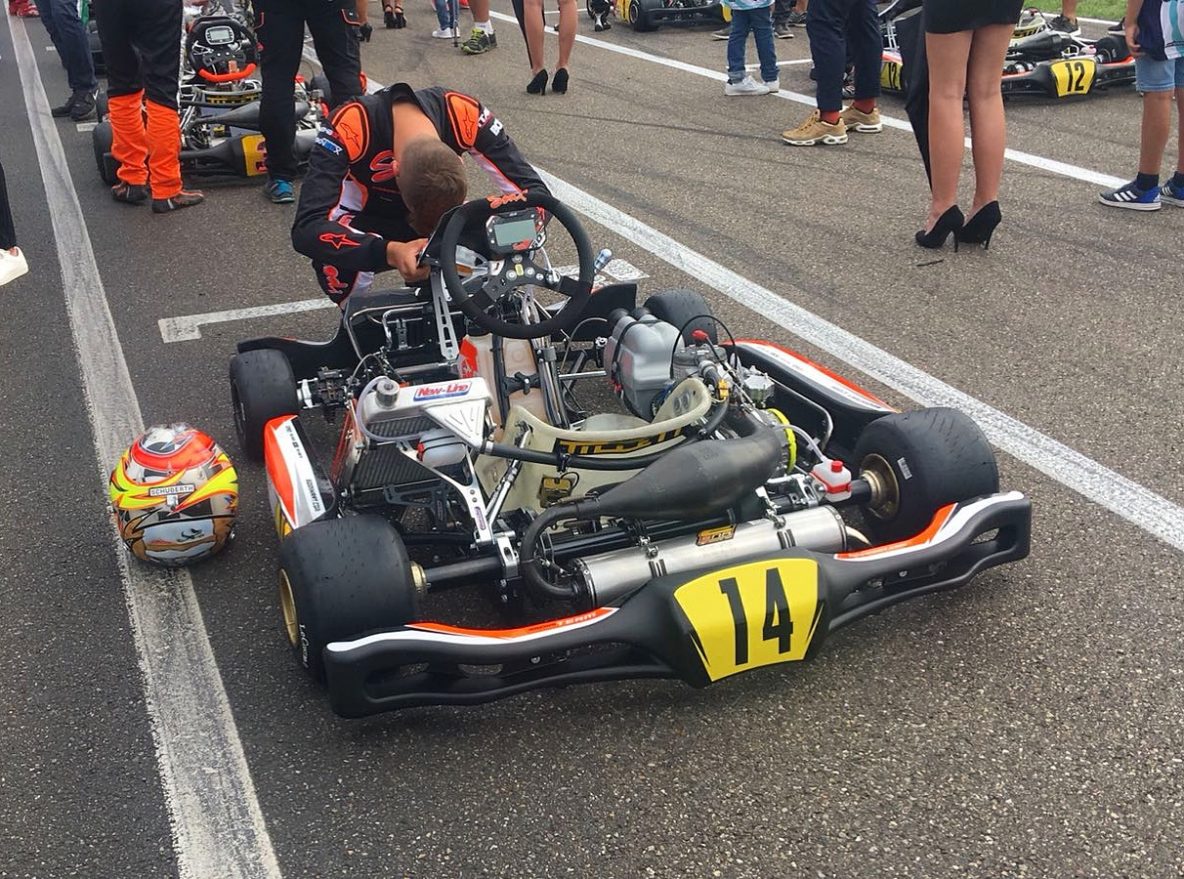 Only 0,125” separated Alex Irlando from his first podium in the CIK-FIA KZ World Championship. The ace from Locorotondo started the weekend with the 12th chrono in qualifying, only 0,336” far from the poleman. Throughout heats he recovered positions, improving his set-up manche after manche, earning the 8th spot on the final grid.

In the final Irlando was able to stay out from battles and on lap 3 he escaped with the 5th position behind Jorrit Pex. It took 7 laps to overtake the 2015 World KZ Champion, but on the last corner before the main straight Alex took the fourth position. The Sodikart #14 started chasing Fabian Federer who was running on P3. He pushed himself and his TM-powered kart to the limit, trying another all-in move on the last corner, but he had to settle for fourth under the chequered flag.

“I really wanted to end this World Championship with a podium. I gave all myself, but Fabian was fast and he shutted all the spots. The kart adapted very well to this track and it’s a shame for Anthony who didn’t finish the race because of a contact. The first laps were really tough because any driver was trying to win the jackpot with risky overtakes. I remained out from battles and this strategy paid off. I’d like to thanks my team, the TM Factory, my family and my sponsors for the support. This season has been really hard, full of up and down, but in the end I’m satisfied with my debut in this competition and I demonstrated once again my driving skills.”

Alex will take part to the CIK-FIA Endurance Championship that will be held during the 24 hours of Le Mans on September 30th. Here are the full results from Genk.