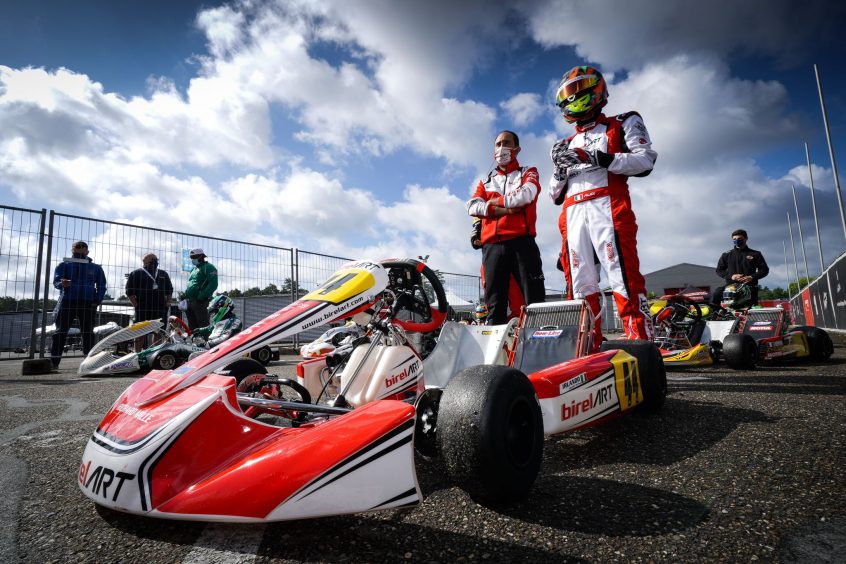 The Italian driver is European KZ Vice Champion at the end of the weekend of the European Championship in Genk.

Alex Irlando fought to the end to take home the title of European Champion. The Apulian driver missed the appointment with the European crown by a single point, still managing to conclude a positive weekend and everything in attack.

During the official qualifying, Irlando struggled in the good lap managing to finish in eighth position overall. In the heats on Saturday, the Birel Art driver then put his weekend back on the tracks by scoring a fourth, a ninth and a seventh place, valid for the start from box number seven of the KZ final.

Irlando’s race starts with almost four wheels on the grass at the start but without consequences. From that moment on, the Locorotondo driver impressed for speed and nastiness in overtaking, managing to regain positions lap after lap up to fifth place, then tenth at the end of the race due to the spoiler penalty.

Irlando finishes second in the general standings with 45 total points and the great victorious weekend in Adria.

“I am very grateful to my Birel Art team for their great work and for having won the European Championship with Marijn Kremers to whom my congratulations go. Thanks also to TM, my mechanic and all our sponsors ”.